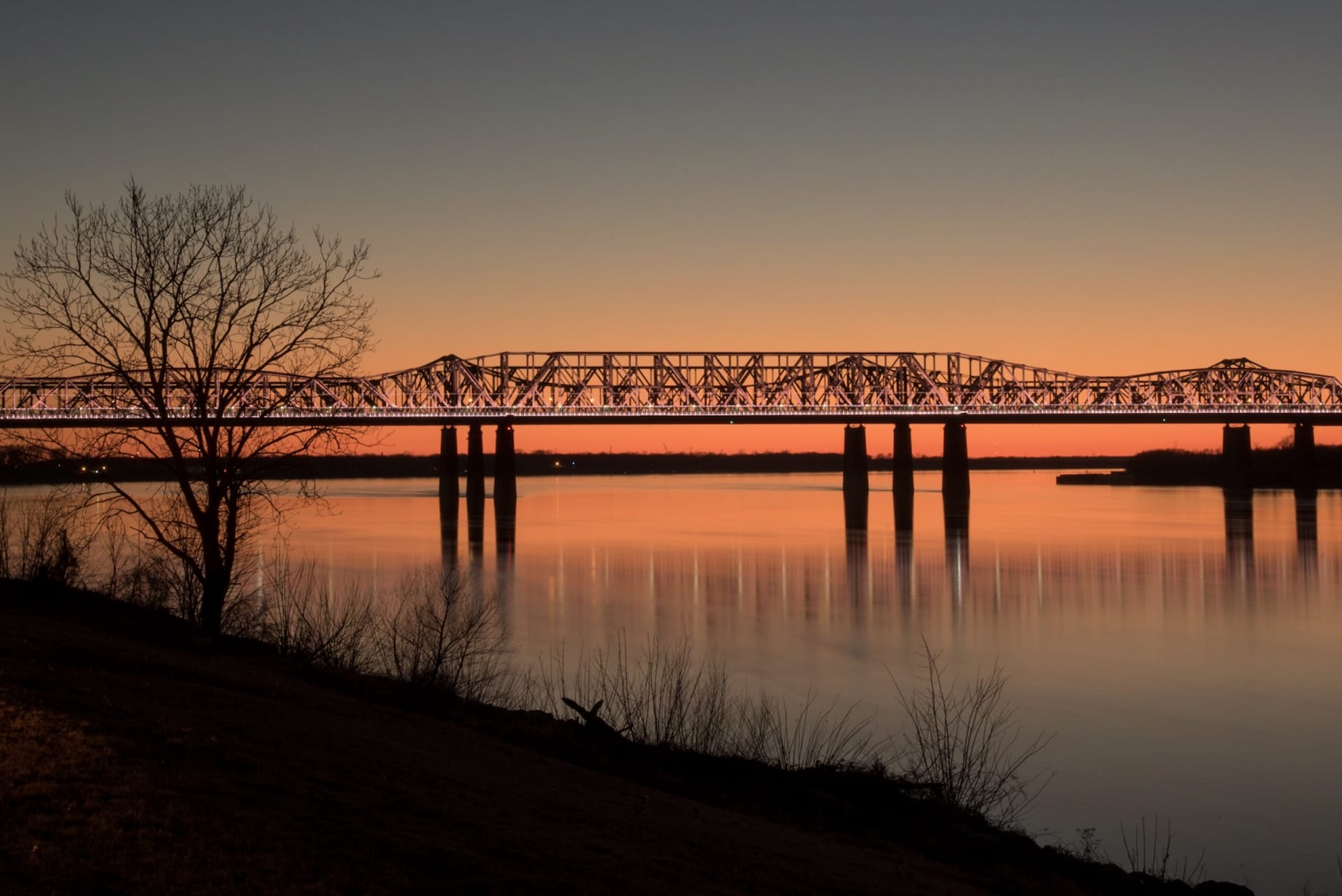 The Mississippi River can be found throughout American history, mythology and folklore. Whether you’re charting its mighty course with “Huckleberry Finn” or drifting away to the lonesome chords of the Delta blues, the Mississippi River’s pull is impossible to resist.

Although the river is a fixture of everyday life in Memphis, that does nothing to diminish its power. Why not head to Big River Crossing and experience the allure of the mighty Mississippi for yourself?

At nearly a mile in length, Big River Crossing is the longest public pedestrian bridge across the Mississippi, as well as America’s longest active rail, bicycle and pedestrian crossing. The bridge connects Main Street in Memphis, Tennessee, with Main Street in West Memphis, Arkansas, tying together a 10-mile corridor of both cities’ walking and biking routes. Like the river itself, Big River Crossing is at the heart of Memphis’ great urban playground.

Big River Crossing opened in 2016, and untold thousands have enjoyed this free attraction since then. It offers sweeping views of the Mississippi River and the Memphis skyline up past South Bluffs and Beale Street Landing, with ships passing underneath throughout the day and trains regularly rolling along the adjoining railway bridge.

Memphis on the Mississippi

Step off the Tennessee side of Big River Crossing and you’re practically in the middle of downtown Memphis. The Memphis Riverfront is mere footsteps away, with urban walking trails and sweeping bluff-top views from Martyrs Park. What’s more, bike lanes on Front Street make it easy for cyclists to get just about anywhere in the downtown area, including countless local shops and eateries.

Grab a snack and a hot cup of joe at Bluff City Coffee & Bakery, try a local craft beer or two at Ghost River Brewery, browse the Memphis Farmers Market or head to Central BBQ to find out for yourself why Memphis is so famous for its ribs. These establishments and many more are within about a mile of Big River Crossing, and you don’t have to go much farther to hit the Beale Street Historic District—home of the blues and endless possibilities.

As for the other side of the river, there’s some cool stuff in West Memphis, too. Be sure to make time for Big River Trail, which connects to Big River Crossing and offers a chance to explore the beautiful riverside landscape. The trail follows the levee alongside the Mississippi River, and its construction is an ongoing project. Once completed, it will stretch along more than 1,600 river miles.

Big River Crossing is open daily from 6 a.m. to 10 p.m., and it is available to cyclists and pedestrians free of charge. Check out the bridge around sunrise, sunset, holidays and other special events to see it sparkle with more than 100,000 Philips LED lights, creating a truly brilliant display.

For more stories about Memphis, check this out!